Special thanks to Christine R. for sharing her response to our inquiry from September when we asked What’s the Solution for Abandoned Pet Birds? in the most recent Avian Examiner. 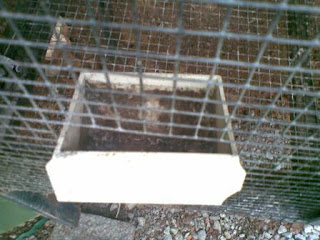 “I worked in horse welfare for several years.

The problem that I see is that animal welfare organizations have conditioned the American Public to, “rescue & save”. While that is laudable, rescue does NOTHING to change what is causing the problem. Rescue often enables owners, allowing them to be irresponsible.

If you want to change human behavior there has to be a negative consequence. People MUST be held accountable for their actions. In this country we use the Justice System, either criminal or civil, to hold people accountable.

Speaking from experience I can tell you that when the State Police show up at your door to investigate a complaint of cruelty or abandonment, people take notice. When people have to PAY MONEY for something or face the prospect of being convicted of cruelty to animals, their response is vastly different than when a rescue shows up & takes an animal ( ” a problem”), off their hands.

Holding owners accountable is not 100% effective, no approach can claim that. Despite the fact that homicide, rape, robbery, & kidnapping, and a host of other acts are criminal, does not stop people from breaking the law. However, I am certain if law abiding owners, and the majority are law abiding citizens, knew they would be arrested with their name & picture on the evening news, they would think twice.The above approach though is reactive, which is what policing is. We also need to change society, & THAT is the tough one. People are conditioned from an early age that if they want something, they CAN HAVE IT RIGHT NOW! Where before parents made a child wait before they could own a pet, now if the child wants something, the child gets it.

I strongly believe that before ANYONE takes ownership of an animal, they need to go & work with a reputable professional. Learn what is involved in providing for this animal, understand its needs, & what is involved in the day to day care of the animal.

Animal welfare organizations, along with veterinarians, need to start conditioning/marketing the concept of accountability & responsibility. The American Public needs to stand up and DEMAND that owners be held accountable.

The problem is often, not the law, but enforcement of the law. Often those tasked with enforcement are not suited for enforcement because they are emotional. The investigation of animal cruelty demands personnel trained in law enforcement, with a SPECIALTY in animal cruelty. We need veterinarians and other animal caretakers trained in forensics and the criminal justice system, along with resources.

The amount of money paid in state sales taxes in each state by pet owners on pet related products more than justifies the expenditure of resources to enforce the cruelty law, and passage of legislation if it is proven that the law itself is lacking, and not enforcement that is lacking.

There will always be those who are cruel to animals, but it is about time we started holding them accountable for their cruelty.

Thanks again to Christine.
We would love to hear from you as well. Please submit your ideas to Dr. Harrison at birddoc@harrisonspetproducts.com