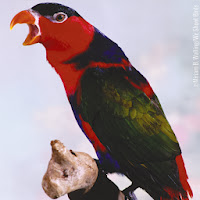 There are many “lory diets” or nectars on the market that are not safe to feed long term. Many are too high in vitamin A (often containing toxic levels) and are deficient in many other nutrients needed by lories.

The primary disorders traditionally seen in lories, including obesity, liver malfunction, fatty tumors, bone disorders, respiratory diseases, and fungal and yeast infection, are significantly reduced when the birds are fed Harrison’s. In addition, the low levels of iron in Harrison’s formulations reduce the risk of iron storage disease, to which lories are particularly prone.

Lories are brilliantly colored, playful birds with extroverted personalities and entertaining antics. Due to their curious nature, these birds are often subject to traumatic injuries in captivity. Although they have limited talking ability, they can be noisy, making a variety of high-pitched sounds.

Recommended Harrison’s Formula for Adult Lories: High Potency Fine for a period of no less than 8 months, 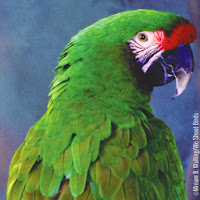 Some of the larger species like Hyacinths may need extra oils, as derived from two large walnuts or a dose of Sunshine Factor daily.

Macaws require a great deal of attention and living space. Blue and gold macaws have a mischievous nature and are the most family-oriented macaw species, even though they may be nervous around strangers. Although scarlet macaws tend to bond with an individual person, they can be nippy with anyone. Green-winged macaws are less intimidating and calmer but can be very loud. Macaws have limited ability to mimic words. Their vocalizations are expressed primarily as loud shrieks and squawks, especially in the early morning and late afternoon.